The World’s Lowest Tariff from a Solar Power Plant

The World’s Lowest Tariff project has received, from the first-ranked bidder, the world’s most cost-competitive tariff for solar PV energy, set at AED 4.97 fils/kWh (USD 1.35 cents/kWh) on a Levelized Electricity Cost (LEC) basis, which is approximately 44% lower than tariff set three years ago on the ‘Noor Abu Dhabi’ project – Abu Dhabi’s first large-scale solar PV project and a world record tariff-setter at the time.

The World’s Lowest Tariff Al Dhafra Solar PV project will have the capacity to power approximately 160,000 households across the UAE with electricity. It will be almost double the size of the approximately 1.2 GW Noor Abu Dhabi solar plant – amongst the largest operational solar PV plants in the world – which commenced commercial operations in April 2019.

Once operational, the World’s Lowest Tariff Al Dhafra Solar PV project will lift Abu Dhabi’s total solar power generation capacity to approximately 3.2 GW. This will reduce the Emirate’s CO2 emissions by more than 3.6 million metric tons per year – equal to removing around 720,000 cars from the road – improving efficiency and driving sustainability, while catering for the growth in demand across the UAE.

Read more  This Electric Boat Flies Above the Waves

Jasim Husain Thabet, Chief Executive Officer and Managing Director of ADPower, said: “Abu Dhabi has illustrated a remarkable step-change in the way the Emirate generates power through an enhanced focus on sustainability and renewable technologies. The water and electricity sector intends to play a critical role in meeting the target of having 50% of Abu Dhabi’s energy needs served from renewable and clean energy sources by 2030, as well as the reduction of the generation system’s average carbon intensity by more than 70%, compared to 2015. The World’s Lowest Tariff Al Dhafra Solar PV project will play a critical role in delivering these ambitions, and we look forward to working with our partners to deliver this landmark project.” 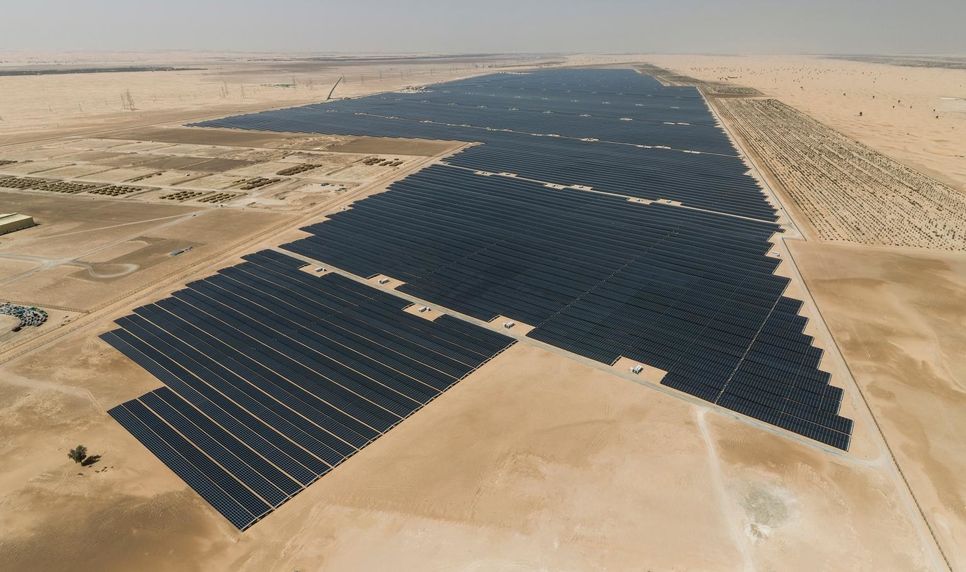 Othman Al Ali, Chief Executive Officer of EWEC, said: “The Al Dhafra Solar PV project represents a major milestone in EWEC’s ambitious and strategic shift towards clean power generation in the Emirate. The cost-competitiveness of the bids received is truly remarkable – positioning Abu Dhabi as one of the world’s most attractive markets for solar energy development and reinforcing the economic benefits now achievable through renewable technologies. Securing such competitive tariffs on our energy projects is fundamental to support economic growth across all sectors in the UAE. We look forward to signing the Power Purchase Agreement and to delivering the project in Q2 2022.”

The Al Dhafra Solar PV project will include the financing, construction, operation and maintenance of the solar plant, including installation of solar PV modules, inverters, connection to the transmission network and associated facilities.