Researchers have shown in a new study that the use of sound waves to levitate droplets of water in midair can help improve the detection of harmful heavy metal contaminants in water, such as lead and mercury. These heavy metals are known to be harmful to human health and the environment, which is why detecting even just small amounts of these contaminants is important. The new technique that was made can eventually lead to instruments that can perform real-time, onsite monitoring of contaminants, which can help prevent future lead contamination problems.

“Despite the large variety of water sensors that offer continual monitoring, detection of multiple heavy metals dissolved in water can only be performed by sending samples off for specialized laboratory analysis,” said the research team leader Victor Contreras, from Instituto de Ciencias Físicas UNAM, Mexico. “Our new technique is one step toward the development of a simpler analysis approach that could be applied on-site and in real time. This type of water analysis could be used by agricultural, pharmaceutical, water purification and other industries to monitor water for contaminants.” 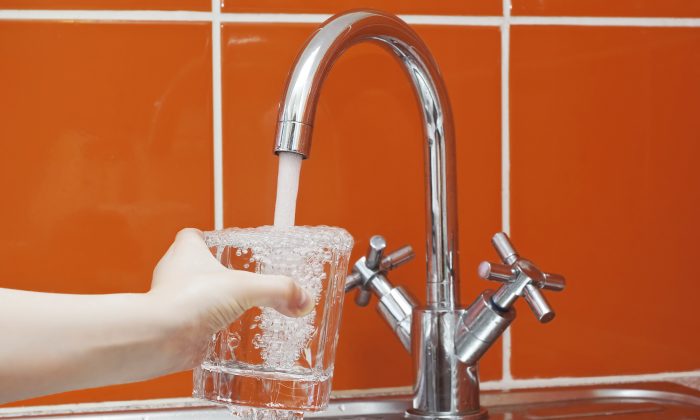 The researchers explain their new approach which uses a sensitive technique called LIBS or laser induced breakdown spectroscopy. This technique is used to analyze heavy metals present in levitating drops of water. By levitating the water droplets, the water is evaporated in a controlled position, which increases the mass concentration of contaminants in the sample and makes it easier to perform LIBS analysis. The researchers showed that their new approach can detect very low levels of the heavy metals like barium, cadmium, and mercury, reliably in just a few minutes.

The researchers explained in their paper that using acoustic waves to levitate a single drop of water allowed them to detect very low concentration of heavy metals. As an example, they were able to detect 0.7 milligrams per liter of cadmium an 0.2 milligrams per liter of barium. They also showed that the acoustic levitation technique is stable enough for reproducible LIBS analysis.

“This technology has a potential to simultaneously detect heavy metals and other elements in water in a fast and cost-effective way,” Contreras said. “An online analyzer based on our technology could one day help prevent environmental disasters and contribute to improved water quality control.”

The researchers are now looking for ways to improve the instrumentation like optimizing the mechanical design of the acoustic trap to achieve levitation conditions that are more stable and thus improving the reproducibility of the LIBS readings. They also plan to increase the sensitivity by stably levitating smaller drops, which will further concentrate the contaminants. This will pave the way for a smaller version of the device since it allows the use of less sensitive but more compact detectors.

2
Share via
1 share, 2 points
Engineer. Writer. Artist. Gamer. Musician. She dreams of building a time machine and help kittens take over the world. Is secretly the pink power ranger in real life.