Scientists Develop A Paper-based Battery That Is Powered By Saliva

One can only do so much during emergencies. Imagine being stranded in the middle of nowhere and you need to contact someone through your phone. Unfortunately, your phone battery is drained and you don’t have any access to electricity or even solar power. This is what researchers at Binghamton University is trying to solve, to be able to power batteries with something that we will always readily have in case of any power emergency–your own saliva.

This development is the next step in microbial fuel cells (MFCs).

This is the next step in microbial fuel cells (MFCs).MFCs drive electrical currents through bacteria. Seokheun Choi, a Binghamton Electrical and Computer Science Assistant Professor is focusing on creating small power sources for different healthcare devices in rural regions that don’t have constant supply of electricity that urban areas have. 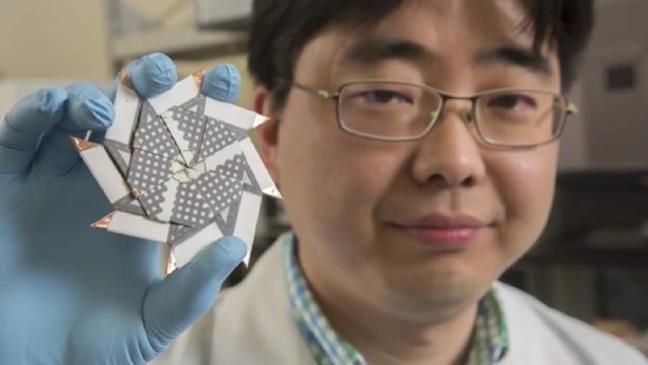 According to Choi in a press statement, “On-demand micro-power generation is required especially for point-of-care diagnostic applications in developing countries. Typically, those applications require only several tens of microwatt-level power for several minutes, but commercial batteries or other energy harvesting technologies are too expensive and overqualified. Also, they pose environmental pollution issues.”

These new bacteria-powered batteries are paper-based. They build MFCs through inactive, freeze-dried cells that is capable of sending electricity outside of their cell walls, and are called exoelectrogenic cells. These exoelectrogenic cells are made wet by using saliva, which activates their ability to generate power within minutes.

The next step for this saliva-powered battery, developed with research assistant Maedeh Mohammadifar, is to be able to improve its power density, and get more wattage per square inch. This is an important step to be able to realize other actual world applications.

“Now, our power density is about a few microwatts per centimeter square. Although 16 microbial fuel cells connected in a series on a single sheet of paper generated desired values of electrical current and voltage to power a light-emitting diode (LED), further power improvement is required for other electronic applications demanding hundreds of milliwatts of energy,” Choi said.