Scientists Are Developing Contact Lenses That Alerts You When You’re...

A research team from Oregon State University, led by Professor Gregory Herman, had created a transparent biosensor attached to a contact lens which can be used to detect symptoms of several health conditions. Currently, it can only detect glucose levels, as it’s still a prototype; though the team hopes to build it further to detect other conditions and symptoms, possibly even cancer. While it’ll take a few years to see these contacts reach the market, the technology to make them already exists today.

The project had first started when Herman was looking for a way to help diabetics better. Current technologies continuously monitor the blood glucose levels of a diabetic patient via electrodes implanted in the skin. However, this form of monitoring can be painful and can cause skin irritation and infections, so Herman thought that a disposable contact lens biosensor would be much more effective, and less intrusive in general.

The contact lens was made by creating a biosensor made out of a transparent sheet of Gallium Zinc Oxide (IGZO) transistors and glucose oxidase (the enzyme which breaks down glucose). The enzyme would oxidize with the blood sugar when it comes in contact with blood sugar, causing the pH level of the mixture to change. This change can then be measured via the electrical current flowing through the IGZO transistors. Really tiny nano structures were placed in the IGZO biosensor, allowing the contact lenses to detect glucose concentrations found in tears.

Herman states that it is possible to embed 2,500 biosensors in just a 1-millimeter square patch of an IGZO contact lens, with each sensor sensing a different bodily function. “There is a fair amount of information that can be monitored in a teardrop,” Herman told Gizmodo. “Of course, there is glucose, but also lactate (sepsis, liver disease), dopamine (glaucoma), urea (renal function), and proteins (cancers). Our goal is to expand from a single sensor to multiple sensors.” 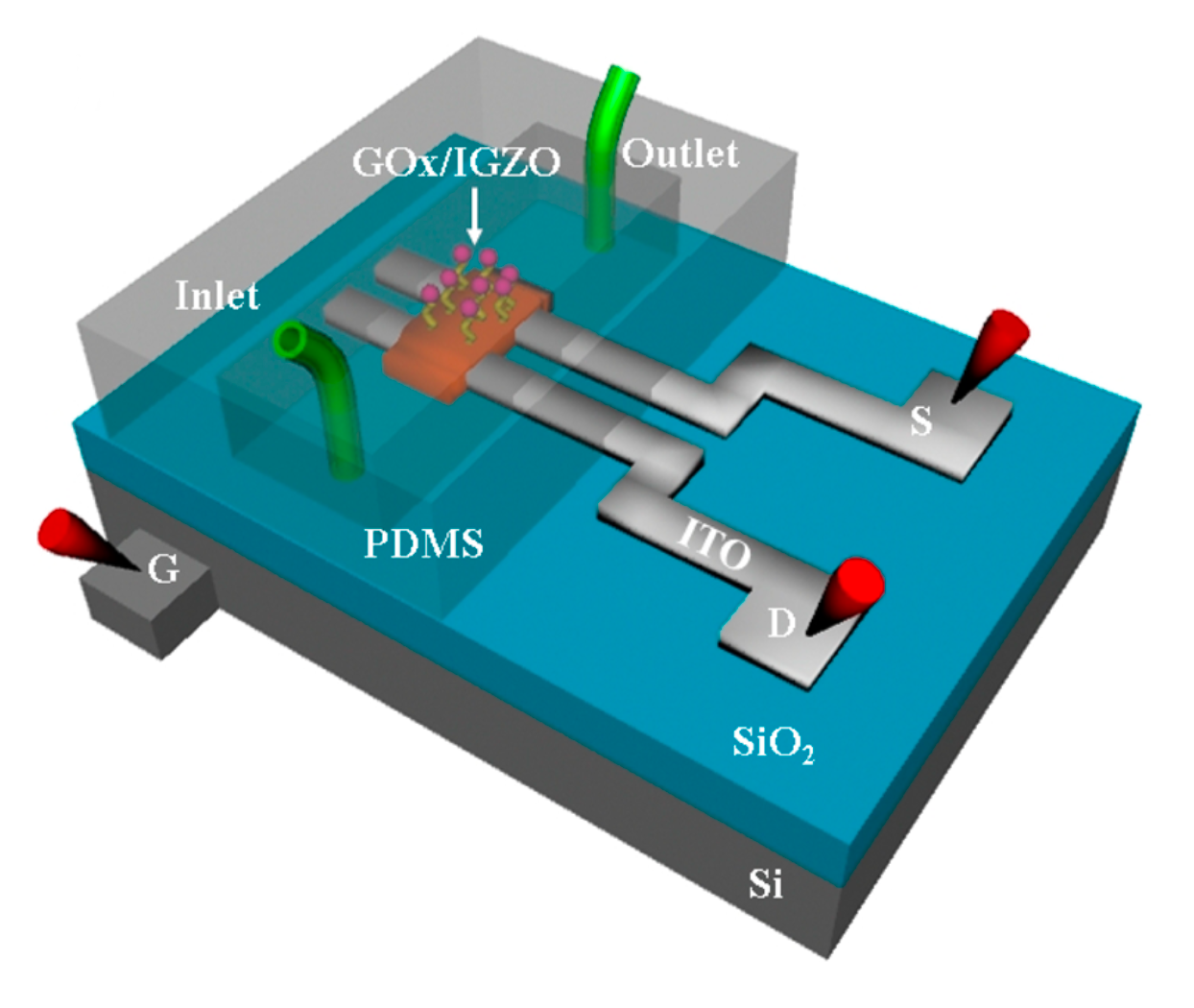 Since the lenses are disposable, the team needs to tackle the issue of making the lenses cheap and affordable. Herman, however, says that this isn’t going to be an issue. “We are using a technology that is very similar to what is used for cell phones, the IGZO thin film transistors,” he said. “One hundred transistors in a cell phone display is going to cost less than ten cents.” Alternatively, the team had also come up with an inexpensive technique to produce IGZO electronics, but Herman had admitted that “there are other costs that will need to come down.” The affordability of these hypothetical devices is still an open question.

The researchers hope to start testing the contact lenses on animals in about a year. The team would be presenting their paper at the 253rd National Meeting & Exposition of the American Chemical Society, and has been published in the journals Nanoscale and Applied Materials & Interfaces.