This Smartwatch Was Made Especially For The Blind

You’ve probably heard of it before, but after three long years, South Korean startup Dot is finally releasing their Braille smartwatch this year. Dot is looking to send out 100,000 watches this year with 40,000 more for next year. Aside from that, there’ll also be 1,000 units set to be available in London.

Common smartwatches use audio and visual cues to relay data, which may be unreliable for blind people. This smartwatch has a display with two sets of six dots. These dots are able to produce four braille characters at an instance and new characters appear at speeds of 1-100 per second. Users can then send simple replies using the two buttons located at the watch’s sides. 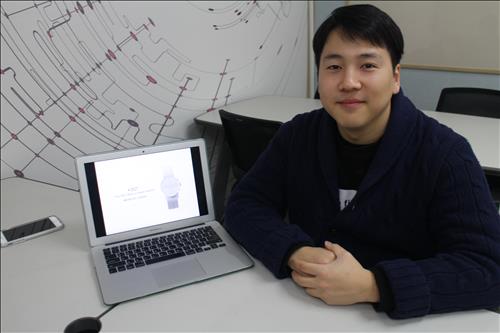 CEO and Founder of Dot, Eric Juyoon Kim, stated that this type of technology is only a single advancement towards providing braille support for smart devices. This in turn would greatly benefit the visually impaired, more importantly those who are located in developing countries. The company has also signed an agreement with the government of Kenya stating that they will help build 8,000 units of the Dot Mini, which is an educational braille reader that’s still in development.

Dot also has plans to go hand-in-hand with Google for the launch of their new product, the Dot Pad, next year. The device is an e-reader which will display images and shapes through the use of buttons. This could help in teaching math and art to the people who virtually couldn’t learn it before due to vision problems.

Thing is, the company took a long time to reach this milestone with its first product, so hoping for the second and third ones won’t get you anywhere anytime soon. It’s best to just be patient and wait for what’s in store for this technology in the future. That said, there are 140,000 initial backers that hope to get this technology out there, including the music icon Stevie Wonder. They can look forward to being able to try this new tech out before it even reaches the public market.

Share via
Read more  Engineers are Looking at the World’s Fastest Bird for Inspiration on the Future of Aircraft
blind, Innovation, smartwatch, technology