Solar Park Veendam – From Polluted Land to a Sustainable...

Astronergy / Chint Solar officially inaugurates a new 15.5 MW solar park in the municipality of Veendam, Province of Groningen, Netherlands. The project, which was the largest solar PV project connected in 2017 in the Netherlands, was acquired end of 2016 from a local developer and was brought to a successful completion and connection in December 2017 by Chint. The polluted land that was found unsuitable for agricultural use found in solar a new purpose.

The 15 hectares strip of land located in the heart of the industrial area of Veendam, was vacant for a long time and part of the ground had suffered from contamination during years of industrial use. Solar presents itself as perfect solution for such cases, where little to no disturbance of the soil is desirable and can convert an otherwise unusable land into an economic and sustainability landmark for the region. The solar park, which will, during its operational lifetime, offset more than 240 kiloton of CO2, will produce enough energy every year to power 5900 homes. 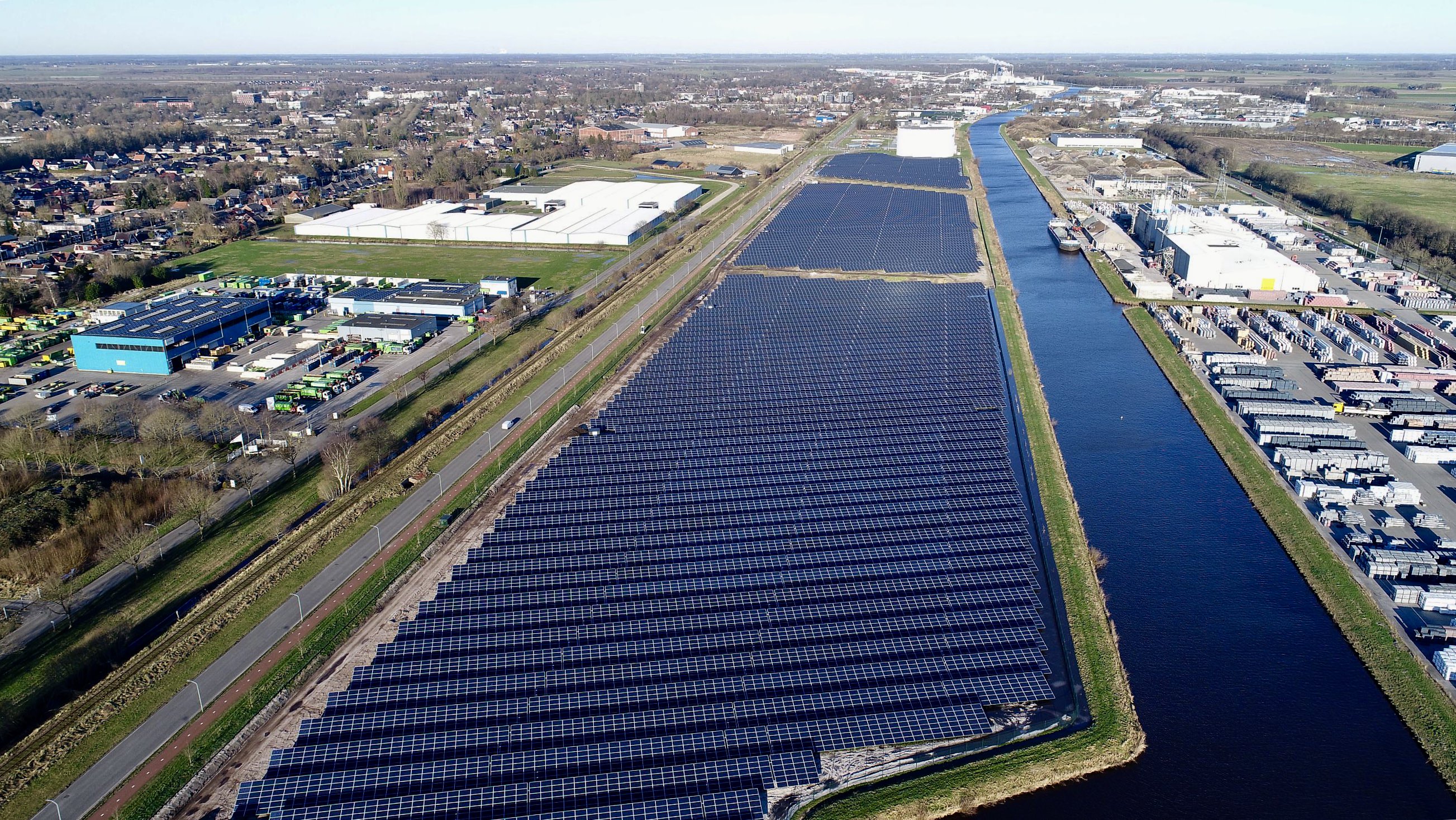 “We are proud to have stepped into this project and to have contributed to its full success. It was a team effort which enabled the realization of the project with a strong collaboration and participation from all public stakeholders. We see the Veendam Solar Park as a landmark and role model that we wish to replicate in the Netherlands in the coming years. Chint is a pioneer in the solar energy sector and is fully committed to contribute to a successful energy transition in the Netherlands and the rest of Europe, away from fossil fuels and into a sustainable and clean energy future.” Dr. Lu, Chuan the CEO of Astronergy/Chint Solar commented.

The project was initially developed by local company Powerfield and acquired by Chint in December 2016. From that point onwards Chint was actively engaged with the Municipality of Veendam, the Province of Groningen and other local entities, private companies and advisors to ensure the project’s development would be carried on fulfilling all of the regulatory and legal requirements. During the first half of 2017 all the open technical and development items were concluded, and the project reached financial closure in the summer time. Construction of the solar park, which was carried out by the specialized firm Golbeck Solar, started on the 4th of September and progressed at an impressive rate to mount all 57.288 solar panels and connect by 29th of December to the Enexis Veendam substation across the canal from the project location.

“The end phase of the construction was quite challenging as the bad weather and amount of water on the ground threatened to delay the progress and endanger a timely connection. With the excellent support of the local grid operator Enexis and all involved parties in construction we finally connected the park and achieved first energy export before the last days of 2017.” Dr. Lu, Chuan said

Chint intends to remain very active in the Netherlands and is already planning the construction of the next solar park with 15.2 MW in Andijk, Municipality of Medemblik, province of Noord-Holland. The medium term goal is ambitious. The company is working on early stage development of additional 500 MW to be built over the course of the next 2 to 3 years. This will be achieved in close collaboration with several municipalities, provinces and many other public entities, and in partnering with local private companies in the industry.