Recent survey results reveal that the majority of Internet of Things (IoT) technology adopters in the U.S. are also adopting blockchain and combining it with their IoT networks.

“The integration of IoT and blockchain networks is a sweet spot for digital transformation and innovation,” said Avivah Litan, distinguished vice president at Gartner. “It is actually moving ahead at a much faster pace than expected, according to the survey.”

The Gartner IoT Implementation Trends Survey was conducted via an online survey from May through June 2019 with more than 500 respondents from the U.S. Respondents were required to be at manager level or above and should have a primary involvement and responsibility for making decisions in IoT implementation.

IoT Implementers Are Big on Blockchain

Seventy-five percent of IoT technology adopters in the U.S. have already adopted blockchain or are planning to adopt it by the end of 2020. Among the blockchain adopters, 86% are implementing the two technologies together in various projects.

“These results are significant and much stronger than we anticipated. They emphasize that although both blockchain and IoT technologies are still in the early stages of adoption, coupled with the fact that blockchain technology is still immature itself, enterprises have started combining them to drive favorable business outcomes,” said Ms. Litan. 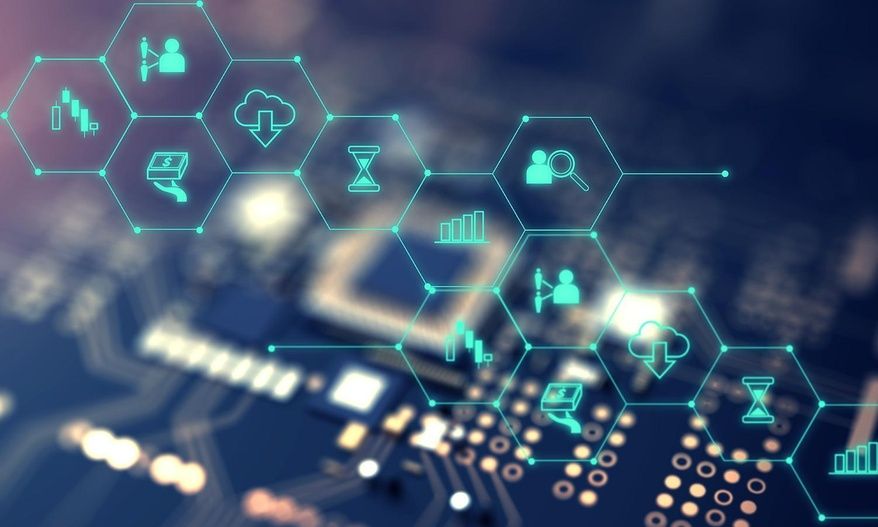 Of the survey respondents who are implementing blockchain technology in conjunction with IoT, nearly two-thirds chose “increased security and trust” as either the primary or secondary driver for implementation. More than half of respondents said the top benefit is an increase in business efficiency and lowering costs.

Read more  The Top 5 Most Valuable Tech Brands For 2017

“As enterprises implement IoT projects, many of them focus their efforts on building more security, trust and transparency around the management or movement of physical things, so that they can improve situational awareness and greater efficiencies,” said Ms. Litan. In fact, through 2024, more than 80% of implementers will have to upgrade their combined IoT and blockchain solutions at least once or twice to address technical challenges such as scalability, security and reliability.

Blockchain adoption is significantly impacting every industry that manages connected IoT “things.” Organizations that are relatively more mature in adopting IoT are also seen to be way ahead in their implementation of blockchain technology.

The highest rate of blockchain adoption among IoT implementers is companies in pharmaceuticals, energy, natural resources, utilities and transportation. “These industries all have business models that include the movement of physical goods, so they benefit from links that bridge the physical to the digital world, especially those enabled by a combination of blockchain and IoT technologies,” said Ms. Litan.

The lowest rate of adoption in any one industry was reported by respondents in financial services, given that financial services deals primarily with virtual goods and services rather than physical things that are tracked by IoT networks.

“In the long term, we expect the combination of IoT and blockchain to enable innovative devices and business models, but the necessary evolution in both blockchain and IoT will take five to 10 years to achieve maturity,” said Ms. Litan.