Termites and Tree leaves May Lead to Finding Gold Deposits

According to a group of Australian researchers, the condition and aspect of tree leaves and soil, as well as the presence of termites should be important indicators of the presence of gold deposits in a certain location.

The research team began the study, and they have analyzed hundreds of samples of sediments, soil, as well as acacia leaves that were found in a gold mine near Kalgoorlie, Western Australia. The team is led by Ravi Anand from the Australian Commonwealth Scientific and Industrial Research Organization (CSIRO). He concluded that the gold content in the samples are a confirmation that there are indeed clusters of the precious metal that occur in areas that are rich in organic carbon.

Anand and his colleagues say that most of the gold is derived from the decay of the biomass that was created by the past vegetation in humid conditions. They also believe that the locations that contain clusters of gold could be a sign of deeper riches since they believe that the gold that they found near to the surface had passed through some stages of recycling. 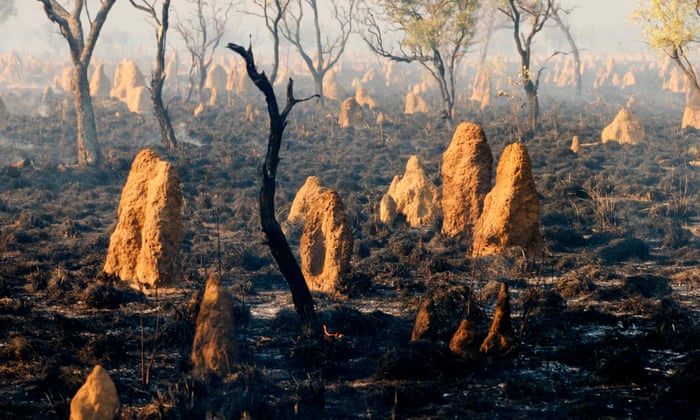 The researchers also noted that acacia trees, as well as termites that live in arid climate conditions, like those that are around the Moolart Well gold deposit, are continuously shuffling around small flakes of gold and are diluting and dispersing it further.

The findings of the research team have been confirmed Angkor Gold, a Canadian mining exploration firm, which since arriving in Cambodia in the year 2009 have been able to collect different samples from more than 110,000 termite mounds on this prospects in Ratanakkiri and Mondulkiri provinces.

According to the Alberta-based company, these samples were able to help the company identify various concentrations of gold and base metals like copper and molybdenum on its seven properties that cover 1,500 square kilometers.