A team of chemists from the University of New South Wales (UNSW) have developed a breakthrough approach into producing clean hydrogen fuel in the most cost-efficient way possible. The technology makes use of an ultrathin slice of porous metal-organic materials that coats a foam electrode. The researchers have tested said material and have shown that it is highly conductive and is very useful in splitting water.

According to Associate Professor Chuan Zhao, “Splitting water usually requires two different catalysts, but our catalyst can drive both of the reactions required to separate water into its two constituents, oxygen and hydrogen.” They have devised a fabrication method that is “simple and universal” that can produce these ultrathin sheets made of various materials. The sheets, called “metal-organic frameworks” is said to be one of the most efficient water-splitting catalysts to date, as per Zhao. 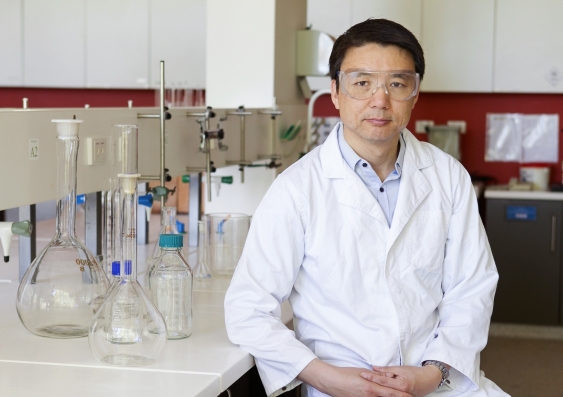 This project, along with other water splitting technologies created by Zhao and his team are one of the pilot projects for the UNSW-China Torch Initiative and the Torch Innovation Precinct at UNSW. This project was initially announced by Prime Minister Malcolm Turnbull and Prime Minister Kequiang Li last April of 2016. Zhao was given the award ARC Future Fellowship, along with a $960,000 grant to continue work on liquid-based nanoporous composite catalysts to effectively reduce CO2 in chemicals and fuels.

Zhao targets the use of hydrogen as a source of renewable energy as it produces zero emissions and is very easily accessible. It is also much easy to store compared to solar and wind energy. The only downside to using hydrogen is that it takes a lot of resources to produce technology to split it from water, since most of the materials used as catalysts are usually derived from precious metals such as platinum, iridium, and ruthenium. This new development from Zhao and his team can start a new approach towards creating a more efficient and cost-friendly way to integrate the use of hydrogen into the renewable scene.