Tokyo To Take Down Utility Lines In Preparation For 2020...

Today, Tokyo Electric Power Co. Holdings Inc., simply known as Tepco, is faced with the task of making Tokyo beautiful before the 2020 Olympics by removing all of the power lines and cables and making them underground, and it is estimated to cost around 7 billion US Dollars; and by all, we mean hundreds of thousands of them, so that visitors to the Olympics can enjoy unobstructed views of the Cherry Blossoms and neon-lit streets.

As if that wasn’t already enough, Tepco also had to cover $144 billion to clean up the 2011 Fukushima nuclear disaster. Also being the author of the book ‘No Power Pole Revolution,’ the governor of Tokyo wants to accelerate the plans to remove all electrical poles from the city, knowing exactly how much it’d cost.

“The government and the public say Japan has too many power poles and cables compared to other countries and wonder ‘what’s wrong with Japan?’” says Makoto Imabeppu, manager at Tepco’s power grid unit. “We think the current circumstances won’t allow us to say we don’t want to do it because of costs.” 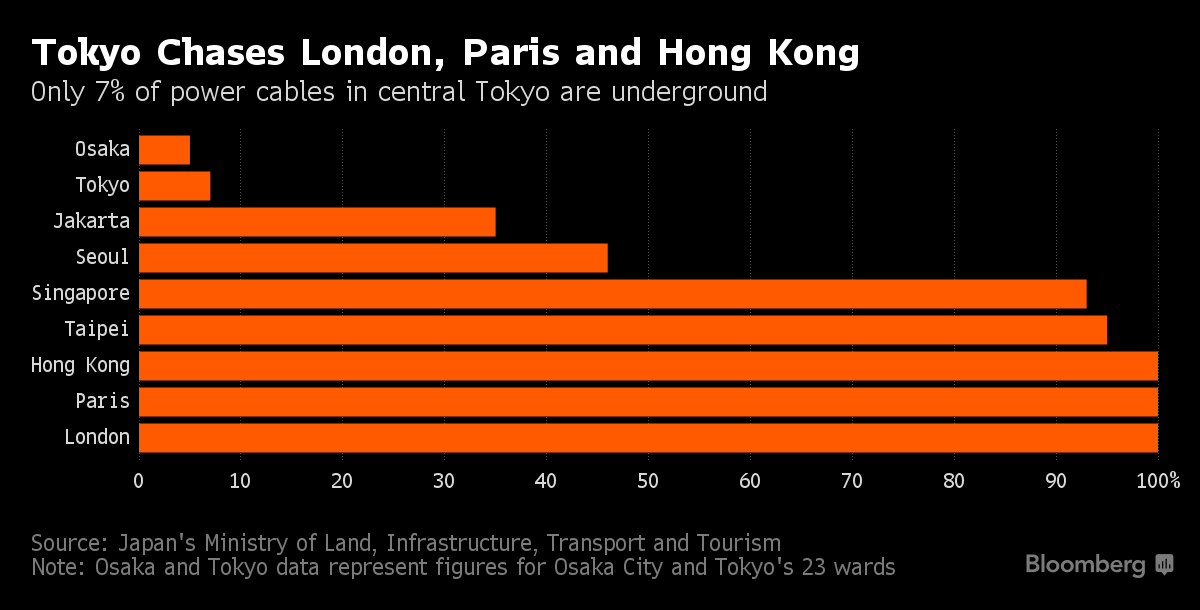 There are around 35 million utility poles scattered across Japan, just as much as there are Cherry Blossom trees. This has raised criticism on Tokyo’s development, as other Major Cities like London, Paris, and Hong Kong have 100% of their power lines underground, while Tokyo’s only at 7%.

And the problem isn’t just about appearances. According to the Japanese government, there is a 70% chance that a magnitude 7 earthquake could hit Japan’s capital over the next 30 years. Koike warns that utility poles will collapse during big earthquakes and block emergency exits, preventing relief vehicles from passing and causing fires to spread throughout the city.

“I want to reduce the number of poles in Tokyo to zero,” Koike said in a speech to parliament in December. “As well as collapsing and holding up relief efforts in the event of a disaster, they’re damaging the scenery.” 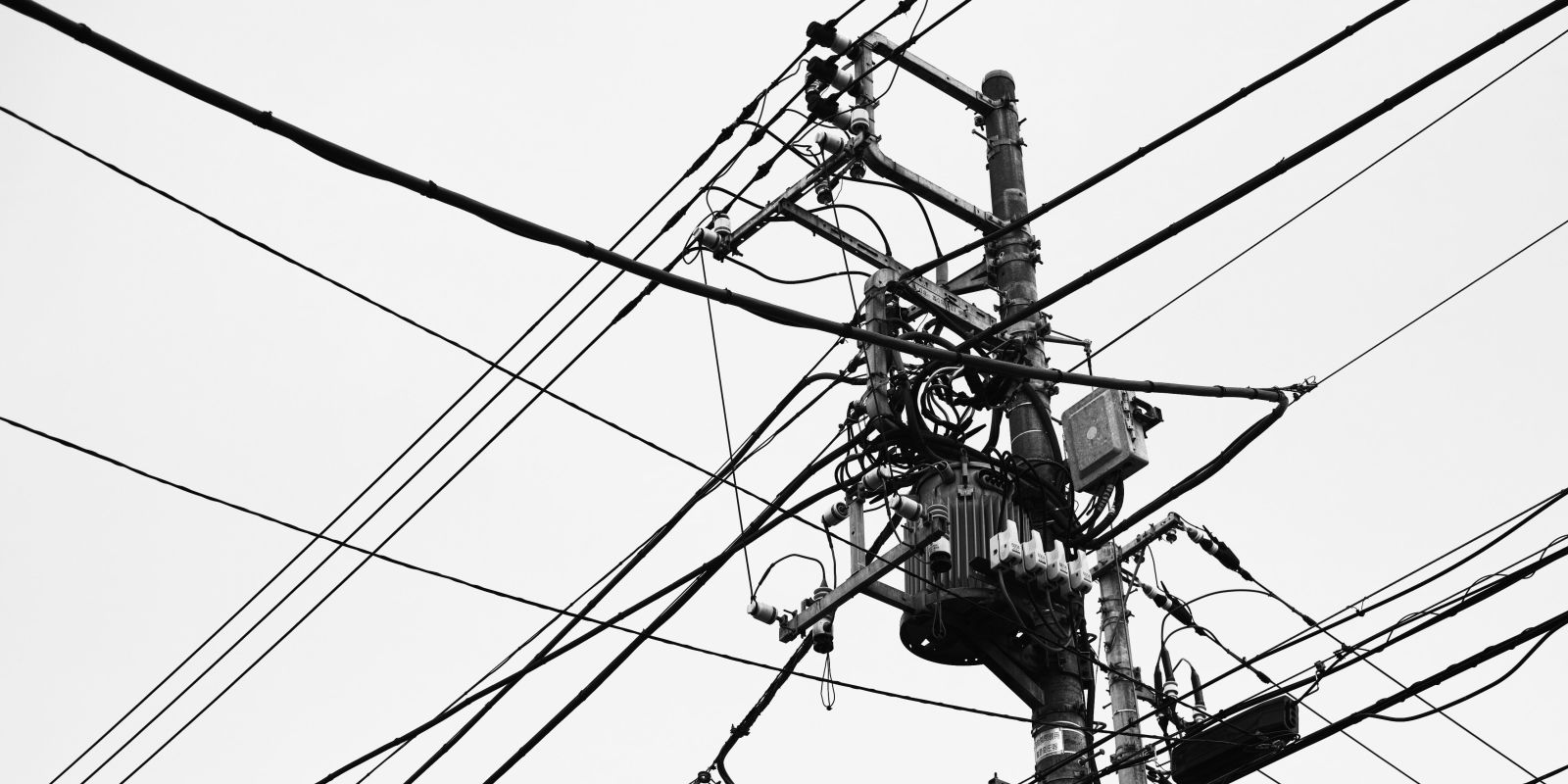 The government plans to complete the task of burying 916 kilometers of overhead cables on poles before March 2019 before laying an additional 1,442 kilometers of underground electrical wires throughout the city, and given that putting just one kilometer of underground cables costs around 530 million yen ($4.76 million), the total costs could go up to 764 billion yen ($6.9 billion).

And while the government agreed to cover around 2/3rds of the cost, it’s still a lot, given around 5.9 million poles are in Tokyo and surrounding areas supplied by Tepco.

When the managers at Tepco were asked about their response to this, they said that finding the time and money to bury the cables while contending with the nuclear meltdown would be a challenge, it is one they cannot refuse. “We are not against the Tokyo government’s plans,” said Kenichiro Matsui, spokesman for Tepco Power Grid Inc. “But we have to find the best way to do it as we don’t have inexhaustible funds.”