Engineering Students Ask: What is the Groundwater Table?

To be able to understand what a water table is, let’s take a look at a cut section of the earth. The image below shows the different layers of the earth according to the relationship of the water and the soil. 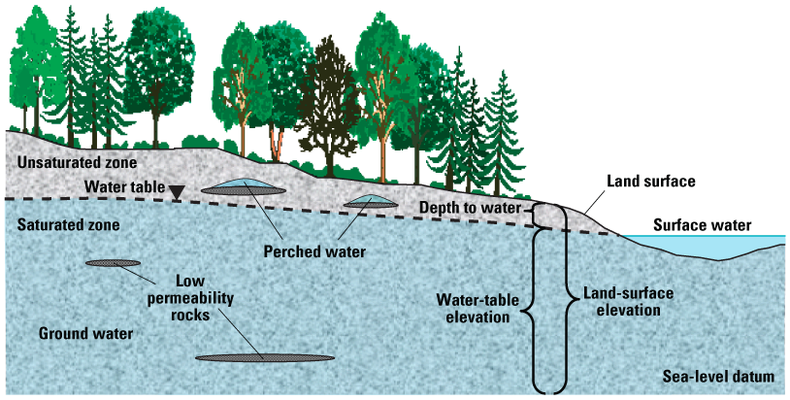 Water table is not a fixed surface as it fluctuates depending on how much the water seeps downward from the ground surface. This is why it varies over the course of seasons and climatic variations – during drought, the water table is low; during deluge, the water table is high. But to be safe, better build that shallow or deep well as deep as possible into the ground enough to reach the zone of saturation to have supply of water.

It is not a flat table as what others might think – being a table – but it almost always follows the topography of the land above them. The water table is influenced by geology, weather, ground cover, and land use, other than topography.

Aquifers are pockets of water that exist below the water table. They are used to extract water for people, plants and every living organism. It is a finite source of water, with some aquifers already threatened to be totally drained from over usage.