A Legally Blind 13-Year-Old Kid Regains His Vision Thanks to...

If one has suffered from a rare disease called Leber congenital amauroris, it doesn’t have to be the entire life. He or she only needs to put on the eSight eyewear.

Proof of that is 13-year-old Ethan LaCroix from Brantford, Ontario who have lived nearly 75% blind his whole life. But after regaining his normal vision almost entirely by wearing the eyewear, he went on to play hoops with two of the Harlem Globetrotters. A dream come true for him.

Describing the first time he put the glasses on, he said, “I could see writing on a piece of paper from across the room. I looked out the window and could see the street signs and all the signs on the buildings.”

His mother, Margaret LaCroix, described to CBC Toronto about what she felt upon seeing her son regain his vision, “It was amazing just to see that he could see all those things he’s never really seen before.”

LaCroix got his pair of glasses a year and a half ago. Since then, he was able to see a few basketball games, a concert, and a hockey game where his younger brother played.

His most recent experience is the one with the Harlem Globetrotters players, Herbert ‘Flight Time’ Lang and ​Shane ‘Scooter’ Christensen. 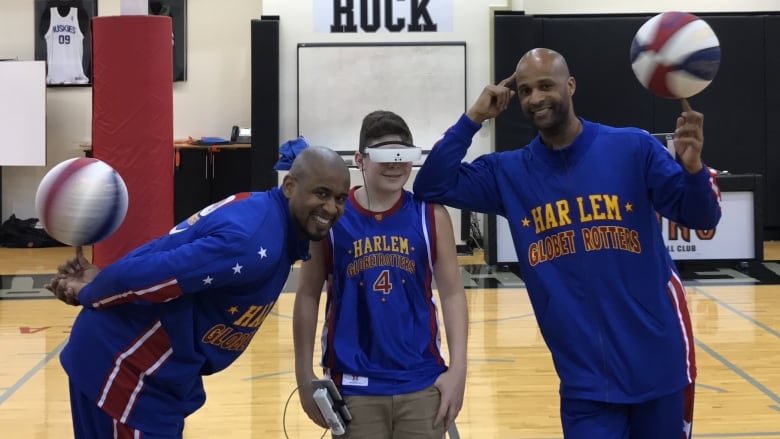 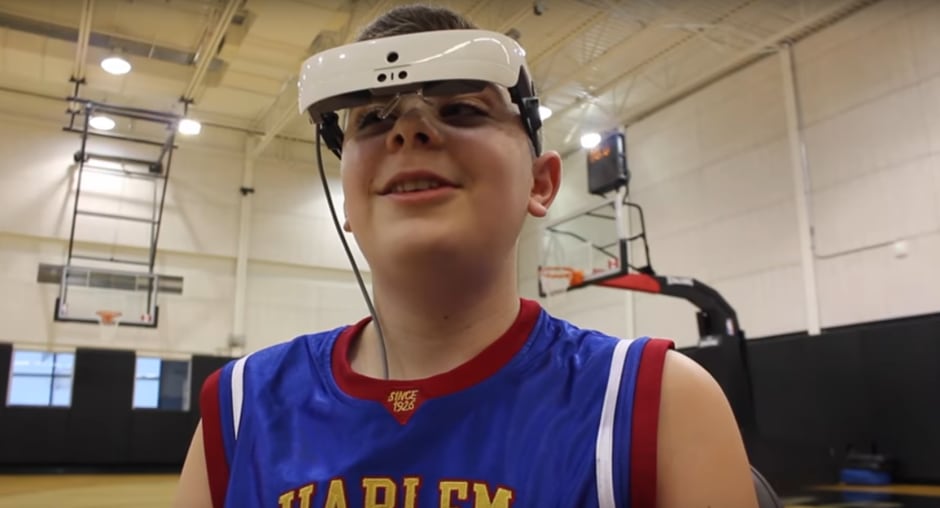 “It was just such a perfect fit for an organization who wants to give an experience to someone who would have otherwise not been able to experience it,” Fenton said.

Read more  The Direction of the Wearable Technology Market

Of course the 13-year-old appreciated the basketball encounter. “It was really cool to meet them,” he said. “They were really funny.”

LaCroix is looking forward to what the next vision technology would be. He is curious how the next ones would look like and how well they will be built in the future.

The eSight eyewear was developed by a Toronto-based startup with Jeff Fenton as its director. It works through a high resolution camera in the center of the glasses, which captures the scene in front. This is displayed on the Organic Light Emitting Diode (OLED) screen in front of the person’s eyes.

Because of its similar function, it is often compared to the visor worn by Georgi La Forge in the Star Trek: The Next Generation, which has allowed the totally blind character to see even better than those with normal vision.

For that, Fenton said that the eSight is not totally off.