Soon Wearables Will Alert You When You Need To Get...

These past few years numerous types of smartwatches and fitness trackers have invaded the tech world. They vary in color and style and have a unique feature or two, but basically they are all generally similar. So now, what’s the next step for these wearables?

Recently, wearable gadgets have been able to help Stanford University professor and geneticist Michael Snyder by giving him an early warning of Lyme disease. This was even before he felt any symptoms of the sickness.

Professor Snyder didn’t have Lyme’s characteristic bulls-eye rash, but a smartwatch and other sensors were able to chart changes in his heart rate as well as oxygen levels when he was on a family vacation. Then, a fever struck, and this led to his diagnosis.

Snyder hopes that one day wearables can act as a kind of “check engine” light that indicates its wearer that it’s time to see the doctor. “One way to look at this is, these are the equivalent of oral thermometers but you’re measuring yourself all the time,” he said.

The researchers at Stanford are collecting a lot of data, around as many as 250,000 measurements daily, from volunteers who are wearing up to eight activity monitors or other sensors of different sized that can measure blood oxygen, heart rate, skin temperature, sleep, calories shed, exercise as well as exposure to radiation. The data is paired with laboratory tests that are done occasionally to measure blood chemistry and genetic information. 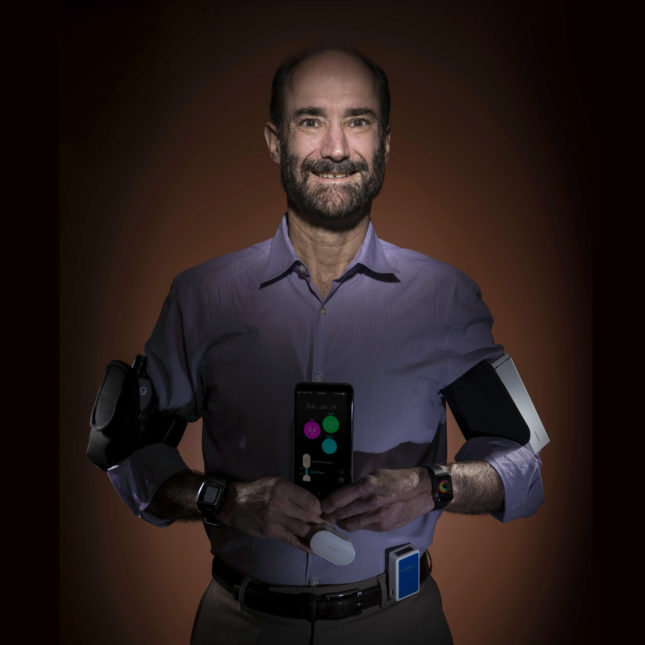 According to the researchers, one of their initial findings are blood oxygen levels decrease with rising altitudes during plane flights. This, in turn triggers fatigue. However, towards the end of long flights, the oxygen in the body begins to rise again since the body adapts.

It was this certain phenomenon that alerted Snyder, the longest-tested participant, “that something wasn’t quite right” when he was on one of his frequent long flights.

When he was landing in Norway for a family vacation, Snyder noticed that his oxygen levels didn’t return to normal like it had always been. His heart rate was also much higher than normal, which sometimes means that there is an infection.

Then soon after, a low-grade fever followed. He then persuaded a Norwegian doctor to prescribe the appropriate antibiotic, and once he got home he had himself tested, and his diagnosis was confirmed.

But don’t try to self-diagnose yourself with your fitness tracker anytime soon. The study is still in its experimental stage, and hopefully we’ll be able to get good results soon.