World’s First Agricultural System That Uses No Soil, Pesticides or...

An international team of scientists have been working together for six years creating a futuristic-looking agricultural greenhouse in the South Australian desert that only uses sunshine and seawater to produce 17,000 tonnes of tomatoes per year.

It is the world’s first agricultural system of its kind that uses no soil, pesticides, fossil fuels or groundwater. Since the world’s demand for fresh water and energy is continuously rising, this kind of farming could open doors to the farming of the future.

The team built the pilot greenhouse back in 2010. Then in 2014, they began construction of a commercial-scale facility, which was officially launch recently this October. 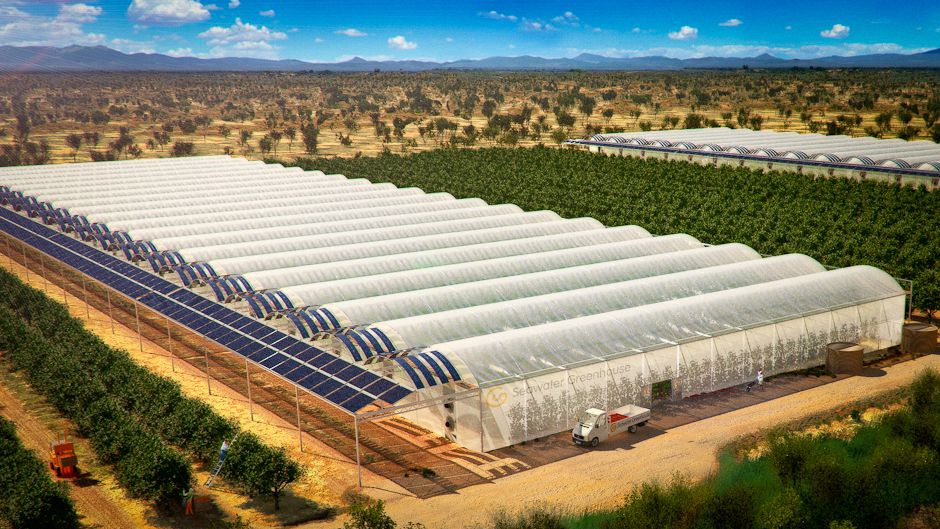 Here’s how it works. Seawater will be piped 2 kilometers from the Spencer Gulf to Sundrop Farm—a 20 hectare site in the Port Augusta region. Then a solar-powered desalination plant will remove the salt, which will produce just enough fresh water to irrigate 180,000 tomato plants inside the greenhouse. The desert is unsuitable for conventional farming, but this greenhouse is lined with seawater-soaked cardboard which helps keep the plants cool enough to remain healthy. When winter comes, solar heating keeps the greenhouse warm.

Pesticides aren’t needed as well since seawater cleans and sterilizes the air. Also, plants are grown in coconut husks instead of soil.

63
Share via
3 shares, 63 points
Patricia took her MBA in London, UK. She's a model, actress, blogger and a copywriter. Her boyfriend is an overworked and underpaid engineer.