5 Lessons That Engineers Can Learn from Steve Jobs and...

The names Steve Jobs and Bill Gates are no stranger to modern men, especially among engineers. They are two of the greatest tech CEOs to have ever existed, defining the way we live our daily lives and shaping the future that is ahead of us through technology.

While they built their companies in different ways, there are common success principles behind the giants that is Apple and Microsoft are now. And that is largely due to the leadership of Jobs and Microsoft, respectively.

The two can be considered to have distinct personalities. But for sure they share the similar traits that led to their personal success as well as the companies they head. Check these: 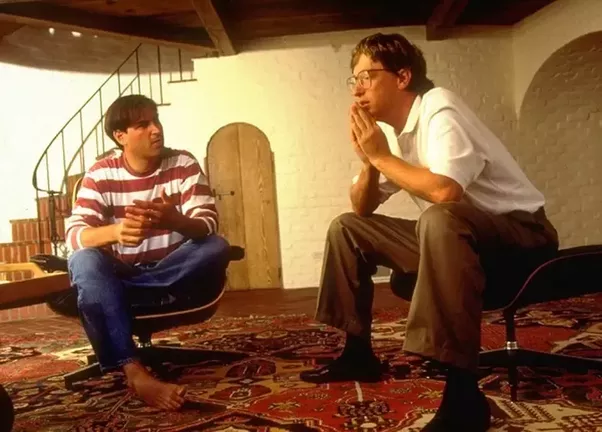 They always look ahead.

What is the future of the company? They always ask themselves that question in their search for the best tactic to achieve their goals. Both Jobs and Gates focus their energies to get closer to their desired outcomes.

They know what needs to be done.

Having a sense of direction requires what to do every step of the way. To be able to reach their goals, actions have to be made also while calculating risks and compromises. The tech titans value the work that is done today to make sure they are in the right path.

Gates dreamed of giving every person an access to computer while Jobs fantasized of having all conceivable music stored in a pocket-sized device. The two did this daydreaming at a time where such technology are still uncommon. But because they visualize what they wanted to achieve, from that point they were already a step closer to their dreams. 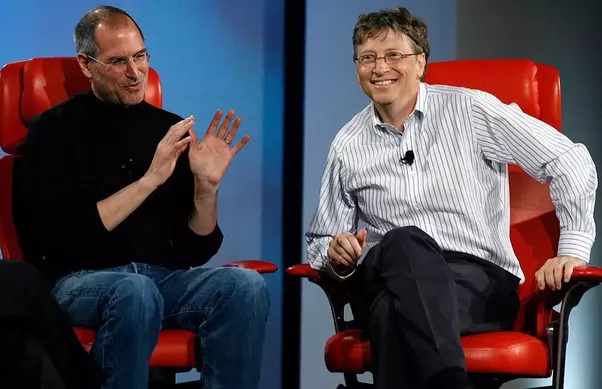 They add value to what they do.

Both Apple and Microsoft always have something new to offer even in their released devices in the form of updates. By creating added value in their respective companies, their products and services are often praised.

For his part, Bill Gates is into a lot of humanitarian work under the Gates Foundation together with his wife. Meanwhile, Steve Jobs convey his philanthropic work through many motivational speeches. Moreover, the two value the employees who work for and with them, putting importance on the people. Both know how empowering the people comes back to them a hundredfold.