6 Reasons to Start Your Business in Washington, D.C.

Where you choose to establish your business has a considerable influence on its future success. It can determine factors such as the pricing of your products, your customer base, and how they perceive you. Your location can also influence who your competitors are, as well as your access to funding, talent, suppliers and other important resources.

With this in mind, it’s easy to see why Washington is such a popular option among aspiring entrepreneurs. It’s one of the most business-friendly states, with an abundance of talent, a steady economy, low energy costs, prime locations and a culture that prizes creativity.

The nation’s capital also happens to be a great place to live, with the U.S. News & World Report ranking Washington the best overall state in 2019. There are many reasons for this, such as access to health care, an abundance of opportunities, fiscal stability, and a beautiful natural environment. 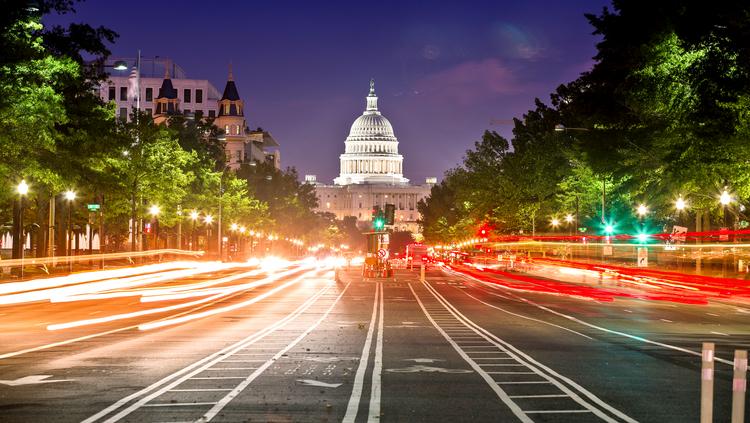 The fact that Washington D.C. is home to a highly skilled and educated workforce is no accident. Over 90% of the population are high school graduates, compared to a national average of 83%, while just over 34% possess a bachelor’s degree or higher. What’s more is that 75% of students remain in the city after graduating.

With six public universities, 27 private colleges, and 34 community and technical colleges, business owners have steady access to qualified and motivated graduates. There’s a strong culture of creativity in the city, which encourages lifelong learning. There are also many programs and initiatives that help residents further improve their skills and qualifications.

With a talented team at your disposal, your business will be able to maximize productivity, lower costs, drive innovation, and increase profitability, giving you the edge that you need to remain ahead of the competition.

Business owners in Washington have an advantage when it comes to tapping into foreign markets. This is namely thanks to the city’s unique combination of geography, location and exports knowledge. Washington is also home to one of the largest shipping container centers in North America and is equidistant between European and Asian markets.

A Great Place to Live

Let’s put business aside for a moment and consider another important aspect, which is living in your chosen location. As an entrepreneur, your environment plays a large role in dictating your performance. It’s good news then that Washington is home to great people, a mild climate, safe neighborhoods, and a myriad of after-hours activities.

Despite all of this, the cost of living in Washington doesn’t come at much of a premium. Furnished apartments in Washington DC are affordable and well-located, giving you an optimal head start in your business venture. Finding one is made easier thanks to firms like Blueground, which curate the best premium rentals in the city. They offer both short and long term lets, with convenient locations, so they are definitely worth checking out.

With centrally located ports and airports, well-established manufacturing infrastructure and unparalleled access to resources, there’s no better city than Washington D.C. for a business that requires a reliable supply chain. The city also offers a great transportation system and high-speed bandwidth, ensuring that you can get your services out efficiently.

While the entire state of Washington has mandated that 100% of its power will come from renewable sources by 2045, it’s quite impressive that almost 75% of Washington’s power is already cleanly obtained from the rivers that make up its hydroelectric system. Energy costs in Washington are also considerably lower than the national average.

Most businesses can pay as low as 2.88¢ per kWh state-wide. Even residential energy rates are a relative steal, being nearly 20% lower than what you can expect to pay on average in other states. If you need natural gas, you’ll be glad to know that it too is competitively priced.

Read more  This Engineer Finds Himself in the Food Business

Additionally, the entire state has implemented incentives for business owners that choose to use clean energy. This includes sales and use tax exemptions, as well as reimbursements for individuals who produce their own power. As such, those looking to start their business in Washington D.C. can enjoy the benefits of being based in such a low-cost state.

Thanks in no small part to the high concentration of federal government agencies, Washington is home to one of the most stable economies in the US. While historically known as an agricultural hub, the city is now a thriving region for technology, data, manufacturing and aerospace industries.

Silicon Valley may be second-to-none in what it’s known for, but many of the big tech companies that reside in California have opened up remote operations in Washington D.C. to gain access to the city’s talent and resources. There are also a number of competitive advantages to running your business in Washington’s consistently successful economy. This includes the absence of personal or corporate income tax. There are also industry-specific tax breaks on offer to drive innovation in key sectors. Washington’s overall tax structure is highly oriented towards growth and profitability, helping even the smallest businesses move forward.

It’s safe to say that Washington is one of the best places to start a business and live in the United States. Be sure to consider it when deciding where to make your venture happen.