These 8 Words from the New Uber CEO Reveal an...

If you have been living under a rock, Uber has already appointed its new CEO, Dara Khosrowshahi. The former Expedia boss took over the spot of Travis Kalanick – who has resigned ‘under investor pressure’ – after more than a month that the top position of the company was left vacant.

Khosrowshahi has big shoes to fill. Before assuming as Uber’s CEO, the transportation network company was plagued with controversies from sexual harassment claims, bullying, and intellectual property lawsuit. All these have to be shouldered by the refugee from Iran

And it seems that Khosrowshahi’s brand of leadership might just work, which is far different from that of his predecessor.

When Khosrowshahi was already chosen as the new CEO boss, he had to leave Expedie. Like any good leader would do, he formally bid farewell to the company he has long served and thanked them for their contributions and hardwork. Now that seems like a gesture until you read his parting memo.

“I have to tell you I am scared.” Khosrowshahi wrote. “I’ve been here at Expedia for so long that I’ve forgotten what life is like outside this place. But the times of greatest learning for me have been when I’ve been through big changes, or taken on new roles – you have to move out of your comfort zone and develop muscles that you didn’t know you had.” 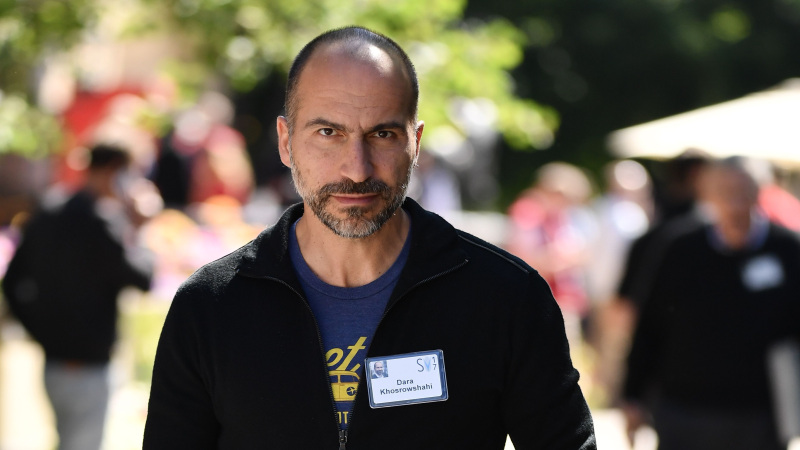 Know any boss who has admitted that he is ‘scared’? I doubt so.

Read more  One Thing That Successful Engineers Do: They Go Out of Their Comfort Zones

And this is not at all a bad thing. Actually this should be taken as a sign that Khosrowshahi might just do a great job for being CEO of the embattled Uber.

Because vulnerability is not a sign of weaknesses, but rather a source of strength for a leader to build genuine trust among his subordinates. If we ask the experts, it provides a safe space in which to discuss, experiment, fail, and innovate.

Management consultant Peter Sheehan shares, “The secret killer of innovation is shame. You can’t measure it, but it is there. Every time someone holds back on a new idea, fails to give their manager much needed feedback, and is afraid to speak up in front of a client you can be sure shame played a part.

“If you want a culture of creativity and innovation, where sensible risks are embraced on both a market and individual level, start by developing the ability of managers to cultivate an openness to vulnerability in their teams,” he added.

And Khosrowshahi did that with just 8 words: I have to tell you I am scared.