Technology Unseat Oil and Gas Firms in World’s Most Valuable...

In 2006, ExxonMobil was hailed as the most valued company at $362.5 billion, together with a few more oil and gas companies like conglomerate General Electric (no. 2 at $348.5 billion) and BP (no. 5 at $225.9 billion) in the top five, followed by Royal Dutch Shell at sixth (at $203.5 billion). One technology company was included at no. 3 valued at $279 billion, which is Microsoft; and leading bank Citigroup, no. 4 at $230.9 billion. That trend gradually changed until ten years later, only ExxonMobil among other oil and gas companies managed to land in the top 5 most valuable public companies.

The world of technology headed the 2016 list. In a span of 10 years, Apple was able to climb its way to the top, with Alphabet, Microsoft, Amazon and Facebook just behind. Their market capitalization can be found in this chart. 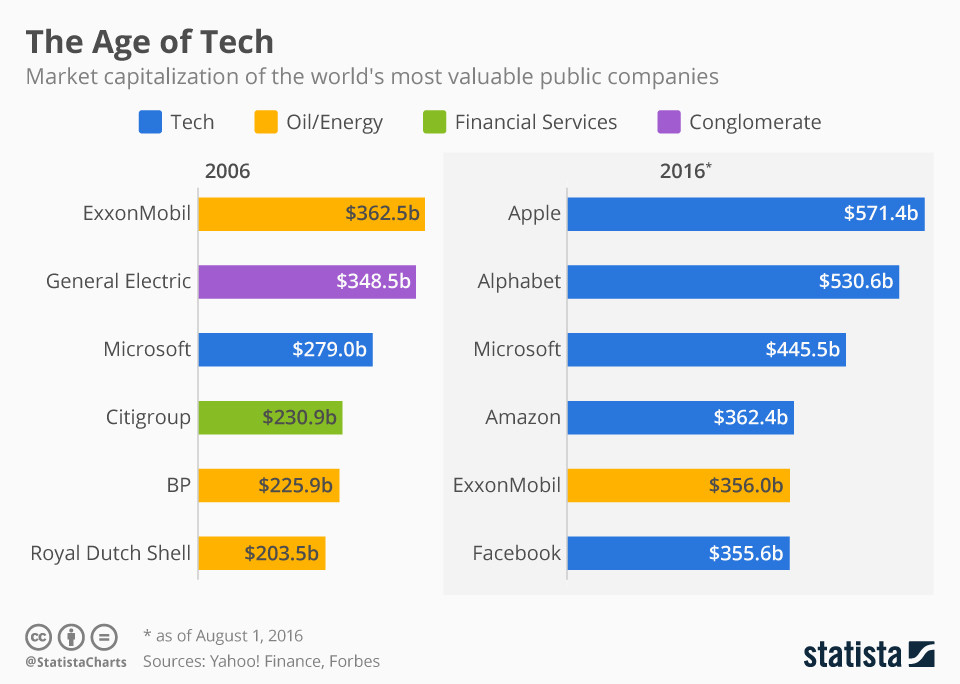 This is thought to be the first time that technology firms dominated the world’s most valuable companies list. But why not? With the flourish of smartphones, social media, virtual reality and artificial intelligence, and the advancement of renewable energy in most countries, it might be difficult for another oil and gas company to top the list.