5 Classroom Inventions that are Awesome to Watch

These are 5 awesome classroom inventions that you must see.

In our modern world today, it’s difficult to not notice all the technology that’s around us. Technology is literally everywhere, it’s in your bags, pockets, wrists, and in almost every business establishment you pass by. Some may not acknowledge this, but technology has already become a part of our daily lives, and it’s hard to live without it. 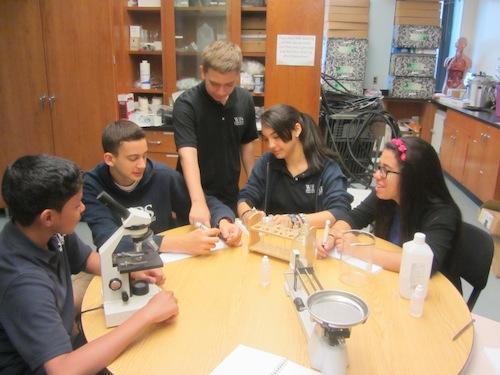 When we see a piece of tech and its makers, we would usually imagine scientists, and professional engineers working on gadgets and gizmos in their laboratories or workstations. But sometimes, students rise up to the challenge and surprise the world with awesome innovations. These young engineers and scientists, made use of what they’ve learned from the classroom to develop devices that they believe can help make life easier.

PureMadi is a non-profit group composed of seven female students from the University of Virginia. They are developing water purifications discs to help the Venda region of Limpopo Province in South Africa for them to be able to have easy access to clean water. Their invention is a ceramic disc that is infused with silver. When it is placed in a glass of water, silver ions will release an electric charge which purifies the water.

A group of engineering and mathematics students from the University of Pennsylvania have created a gum named Sweet Bites Gum, which contains 20 times more xylitol—a natural sugar substitute proven to fight tooth decay—than others.

Two engineering students from the Massachusetts Institute of Technology (MIT) created the Jolt Sensor, a wearable device which detects in real time when athletes have been concussed. This device attaches to any athletic headgear, and vibrates when the athlete gets a dangerous impact. It instantly sends parents and coaches notifications to their smartphones so that they can immediately attend to the injured athlete.

High school sophomore Ann Mokosinki from British Columbia, has invented a thermoelectric flashlight. The Hollow flashlight shines with touch using the Pelier Effect, a reaction that occurs when one side of the device is heated and the other side is cooled. Body heat has the ability to generate light for up to 20 minutes at a time. This can help students in developing countries to be able to study in the dark

3
Share via
67 shares, 3 points
Engineer. Writer. Artist. Gamer. Musician. She dreams of building a time machine and help kittens take over the world. Is secretly the pink power ranger in real life.