Let’s Use Math Equations to Understand Sex and Relationships

The most complex equation is understanding sex… worst relationships.

But what if we can use mathematical equations to solve this great mystery? Yup, the universal language can understand sex and relationships, even the most complicated situations can be decipher by math equations.

Mathematician Clio Cresswell, who has also been cited as one of the sexiest scientists alive, has made it her life’s work to relate mathematics to sex by essentially boiling down fluid emotions into static and complicated equation in an effort to predict sexual behaviour.

Basically, she’s using math equations to tell you why you got dumped. Or why you keep lying about how many women you’ve slept with. Or why you have an STD (okay, maybe not that – go see a doctor).

In a full-packed TedxSydney talk, Cresswell outline some of her findings… (you don’t need to use that scientific calculator) 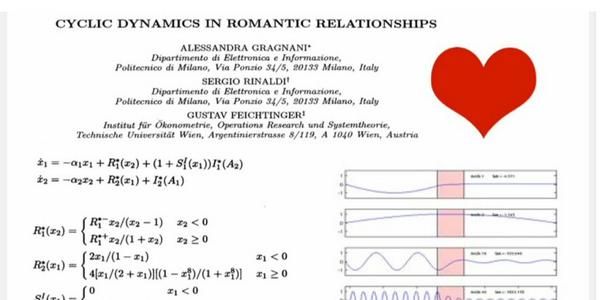 Ever wondered why you and that manic pixie dream girl didn’t work out?

Apparently, there’s an equation for that.

Cresswell cited a study that outlined which factors and personality traits influence relationship longevity – and no, it’s not how good you are at doing the alphabet with your tongue.

Mathematicians have determined that women, when asked how many men they’ve slept with, tend to enumerate, while men approximate. And when you enumerate, you underestimate, and when you approximate, you tend to overestimate.

Read more  Engineers, It's Time For a 30 Hour Workweek 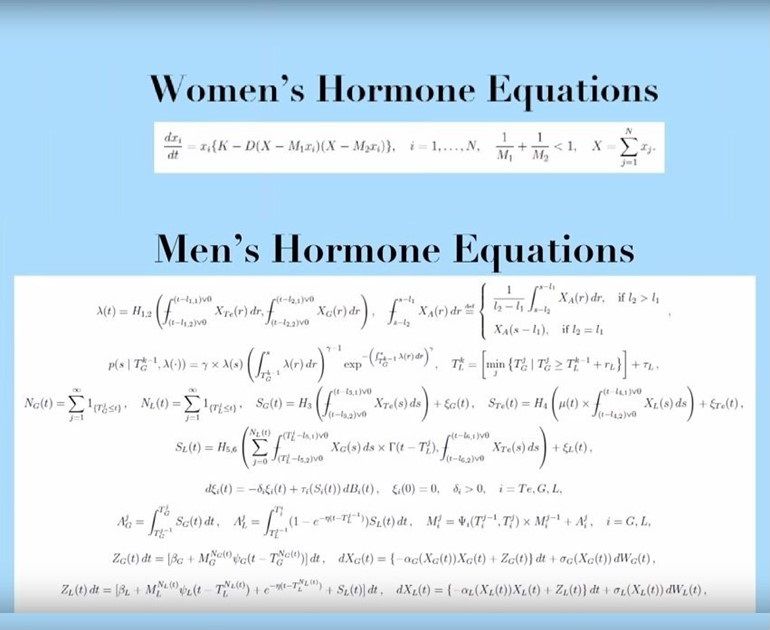 Mathematicians looked at how the female body knew how a month has passed between cycles and how these cycles affect their moods. 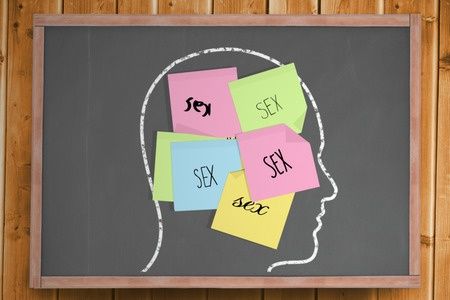 Studies show that big, philosophical ideas like LOVE help the brain process big-picture problems, while the gritty things like sex help women and men dive into the details and analysis of problems. Easy as that.

According to Cresswell, math equations lies at the roots of humanity – much like sex.

So the next time anyone tells you you’re weird for being too into math, just ignore them. You’re the sexiest person in town.

How to Know if You Are in Love According to Science

88
Share via
4 shares, 88 points
Contributor, Asia and the Pacific. Kristine is a graduate of BS in Applied Physics, Major in Instrumentation Physics at the University of the Philippines.